A Story in Some Grains of Sand

When I went to my late sister Susanne’s Vermont home recently, I spotted this familiar old family vase.  I placed it on a table on the sunny porch to photograph it. Then, with  relatives watching, I turned the vase over and poured out — some ordinary sea sand. 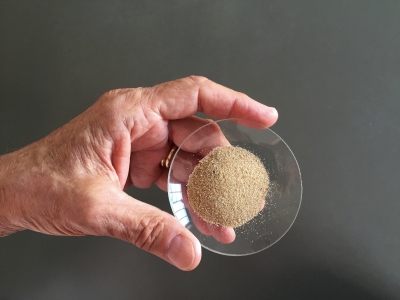 How did I know there would be sand in the vase?  The answer is a story I heard from my father a long time ago.

My great-grandfather, Jacob Marx, was a banker and investor in Berlin in the mid-nineteenth century.  He made some smart investments in the industrial boom before and after the Franco-Prussian War in the early 1870s.  Some of his new wealth he invested in art, including several antique Delft vases. 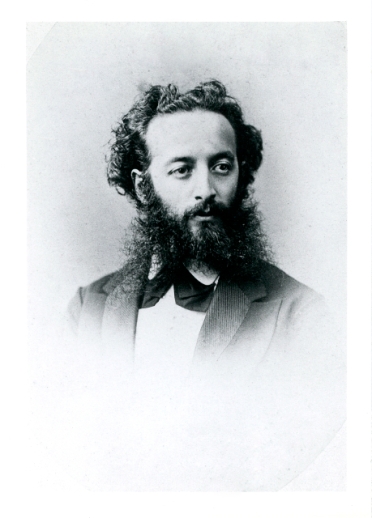 After Jacob died in 1883, the vases were owned by his widow, Marie, and when she died in 1913 they were inherited by my grandparents, Rudolf Höber and Josephine Marx Höber.  At that time, Rudolf and Josephine lived on Hegewischstrasse in Kiel, a university city and naval harbor on the Baltic Sea. 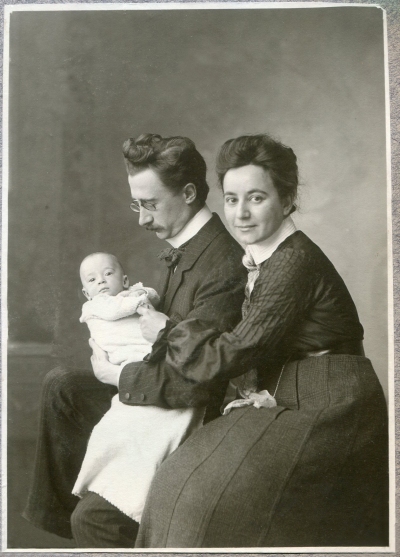 Rudolf and Josephine Höber with their first child, Johannes, around December 1904 (ten years before they inherited the Delft vases).

Josephine displayed the vases atop a tall Schrank, an antique wardrobe cabinet in the family living room. Inconveniently, however, a streetcar line traversed the street in front of the residence, and every time a trolley went past the Delft vases shook and rattled.  The noise annoyed Josephine, who also feared the old pieces would be shaken off the cabinet and break.  To resolve the problem, she gave her ten-year-old son Johannes a metal pail and told him to go down to the shore of the Baltic, fill the bucket with sand and bring it home.  Josephine then filled each  Delft vase with sand.  The extra weight kept them from rattling on top of the Schrank for the next 19 years.

In 1933, the Nazis forced Rudolf out of his position in Kiel and he and Josephine emigrated to Philadelphia.  They took the vases with them — and the sand went along.  Josephine died in 1941 and Rudolf in 1953 and then the vases — and the sand — were inherited by my parents, Johannes and Elfriede.  They moved several times and at each move the vases were carefully packed and the sand with them.

Johannes died in Washington DC in 1977 and Elfriede in Oakland, California in 1999.  When we divided up Elfriede’s possessions among her three children, my sister  Sue expressed a desire to have the Delft vases.  We wrapped them and transported them — and the sand — to the house in Barnard, Vermont, where she and her husband Lloyd worked and wrote in the summers for many years. And there they have remained until now.  The next home for the Delft vases and the sand from the Baltic Sea remains to be seen. 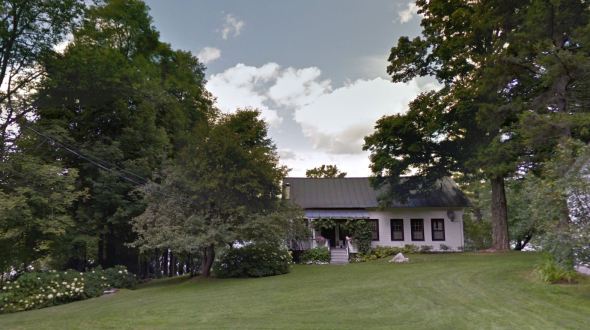 Susanne and Lloyd Rudolph’s house in Barnard, Vermont, the last stop so far in the Delft vase’s journey.