Portraitist to the Rothschilds — Moritz Daniel Oppenheim, 1800-1882, Part I

Note:  The images in this post are borrowed from the wonderful reference book and catalogue raisonné , Moritz Daniel Oppenheim, Die Entdeckung des jüdischen Selbstbewußtseins in der Kunst [“The Discovery of Jewish Self-Awareness in Art”], edited by Georg Heuberger and Anton Merk, Jüdisches Museum Frankfurt am Main, 1999.

One of the fascinating things about digging into my family’s history was to discover that before 1900, almost everyone on my father’s side of the family was Jewish.  My father was baptized and confirmed as a Protestant, as was his father, and my mother came from an entirely Protestant background,.  So it was only late in my life that I learned of my father’s Jewish roots.  My 5X great-grandfather, Lazarus Gumpel, sponsored the first Reformed synagogue in Hamburg, Germany around 1800.  Other family members were close with Abraham Geiger and Theodore Creizenach, among the founders of Reform Judaism in the early 19th century.

One of the interesting characters I discovered was my 3X great-grandfather’s brother, Moritz Oppenheim (1800-1882).  He was born in the confined ghetto in Hanau, near Frankfurt, to a wealthy family of jewelers and bankers.   He grew up to be called The First Jewish Painter. He showed his talent early, with this remarkable and quirky self-portrait when he was just 14 years old.

Moritz discovered early that he could make a decent living painting religious scenes based on both Old and New Testament themes.  Many of these, however, bear the saccharine character of popular 19th century religious illustrations.  The slightly racy quality of this painting of Potiphar’s Wife (here trying to seduce Joseph) makes it more interesting than some in this genre:

I think Moritz really was at his best when he got into portraiture.  He had a wonderful capacity to capture the personalities of interesting people.  I love this painting of my great-great-aunt, Bernhardine Friedeberg (1822-1873), which captures not just her beauty but her intelligence and determination: 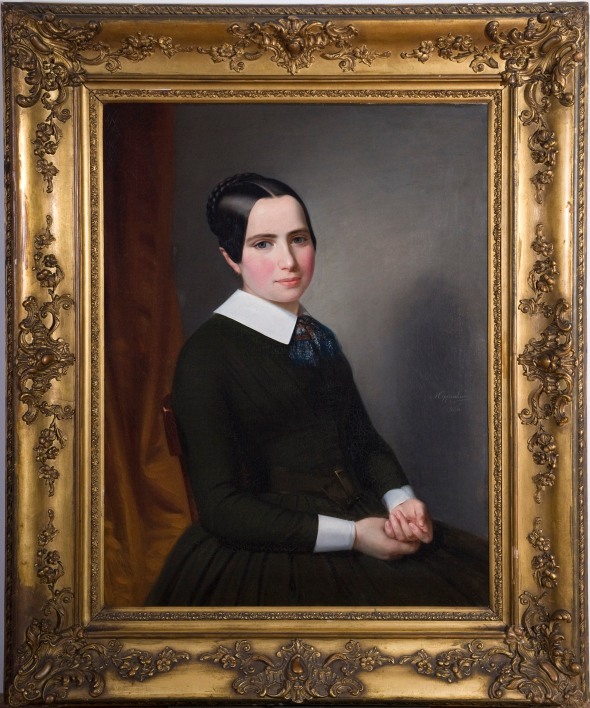 Good portraits were a sign of status and taste in Europe and America in the 19th century, and Moritz’s skills eventually came to the attention of the Rothschild banking family, then legendary as one of the wealthiest families in the world.  In 1836, the Rothschilds commissioned him to paint portraits of the five brothers who dominated banking in Europe as well as other Rothschild relatives. The brilliance of the paintings and the fame of their subjects made Oppenheim himself famous. 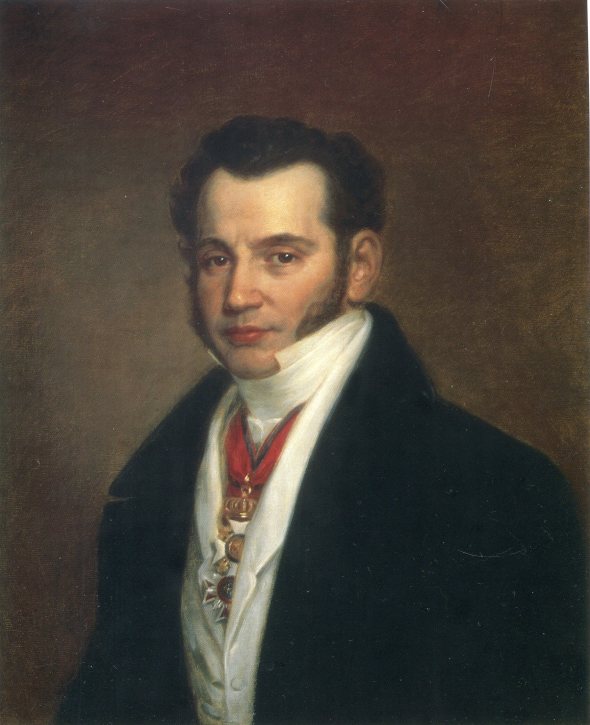 The Rothschild commissions opened doors to other clients, and Moritz was appointed to paint portraits of the greatest literary figures of his time, including the romantic poet Heinrich Heine and the political commentator Ludwig Börne. Working from earlier sketches, in 1864 he also created a painting of Felix Mendelssohn-Bartholdy, at 21 the most famous composer in Europe, playing piano for Wolfgang von Goethe in 1830. 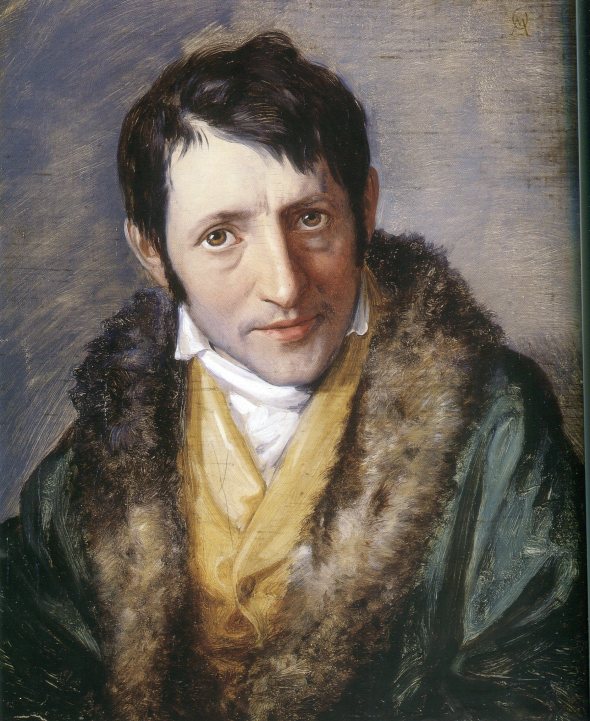 I previously wrote a post about my artist great-grandmother, Marie Höber, here. Moritz Oppenheim was her great-uncle, and Marie treasured a letter she received from him praising her miniatures on ivory. The letter from Uncle Moritz, with its handsomely addressed envelope, is preserved in my family’s papers.

Letter from Moritz Daniel Oppenheim, in Frankfurt, to his great-niece, Marie Höber, in Berlin, June 17, 1871. Envelope below.

Moritz Daniel Oppenheim dictated his memoirs shortly before his death at the age of 82, but they wouldn’t be published until his grandson edited them 42 years later. 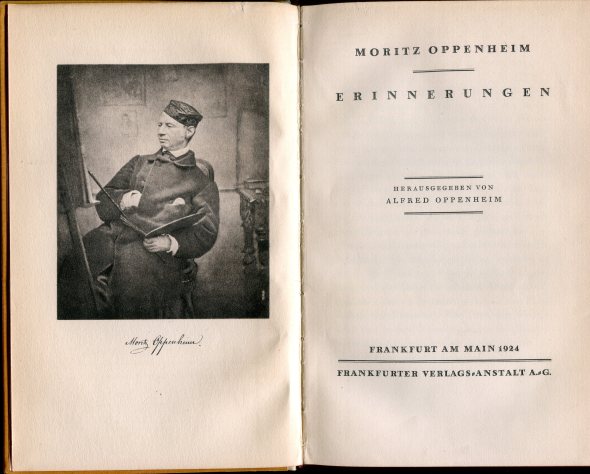 By the time he was in his sixties, Oppenheim was highly successful and known throughout Europe.  And yet his greatest fame and popularity was yet to come with the publication of an extraordinary series of lithographs providing a particular portrayal of Jews as they fit into the contentious social and political world of Oppenheim’s times.  This series will be the subject of Part 2 of this post, coming soon.

More stories about the Höber  family are in Against Time: Letters from Nazi Germany, 1938-1939, published by the American Philosophical Society. Information is available here. Also available at Amazon.com.

This entire blog is available in book form. Send a note to the author through the comments section below.