The odd little musical instrument pictured above was among the things left behind when my father died 35 years ago.  I didn’t learn until many years later where it came from or why my father, who was not at all musical, had it.  I later figured out that this ocarina belonged to my grandfather, Rudolf  Höber, called Rudi.  The ocarina is made of fired terracotta with five finger holes in the front and three in back.  If you blow on the stubby mouth piece it gives out whistling, high, flute-like notes.  It has a little imprint indicating it was made in Italy, which may be where Rudi got it.  On several occasions he worked at the laboratories at the Stazione Zoologica in Naples and loved the country and people there.  They – and their music –  seemed quite exotic to a North German science professor of the early 20th century. 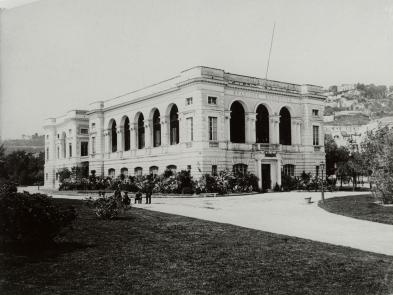 Rudi died in 1952 at the age of 79.  Two years later, his best friend from boyhood, Prof. Albrecht Bethe,  published a memoir of Rudi in Pflügers Archiv, a European scientific journal.  I discovered the article in 2005, by which time I had learned enough German to read it.  I was interested in Prof Bethe’s observation about Rudi’s early work:

” Just ten years after Höber began his studies, in 1902, the first edition of his Physical Chemistry of Cells and Tissues appeared as a small volume that by its sixth German edition would swell to a stately tome.  But immediately upon the publication of the first edition, this book had a major impact on the scientific world and raised the physical-chemical analytic approach to a nearly independent branch of physiology.”

From a personal perspective, however, I was particularly interested in Bethe’s following observation:

” One should not imagine, however, that from the beginning Höber was only a workaholic [Arbeitstier].  He really enjoyed his year at Freiburg and often made excursions into the Black Forrest with friends.  He even got to know something of the typical student life of that period, as a participant in the pub crawls and the short-lived “Hanseatic Eating Society.”  He was particularly entertaining at the students’ farewell drinking parties, where he pounded out his notorious Chopping Block Waltz on the piano or played his ocarina and sang old student songs.”

And so I learned that my grandfather had a less serious side, and learned the story of  the little ocarina he left behind.